Open to the public, online

How has art been used to protest, process, mourn, and memorialize anti-Black violence within the United States? Originating at Northwestern's Block Museum of Art, A Site of Struggle explores how artists have engaged with the reality of anti-Black violence and its accompanying challenges of representation in the United States over a 100+ year period.

Alvin B. Tillery, Jr., is Director of the Center for the Study of Diversity and Democracy and Associate Professor of political science at Northwestern University. He earned his Ph.D. in political science from Harvard University in 2001. In 1993, he graduated summa cum laude from Morehouse College. His research focuses on leveraging the insights of the social sciences to build and expand the capacity of diverse organizations and social movements. Tillery is a frequent commentator in the national media on diversity, equity, and inclusion issues. He recently briefed the foreign press on the Black Lives Matter movement on behalf of the Biden-Harris administration. Tillery is also the Head of the Diversity, Equity, and Inclusion Advisory at the C Street Advisory Group, which is a multi-service consulting firm that provides strategic advice to corporations, governments, and non-profits.

Charla Wilson serves as the inaugural Archivist for the Black Experience at Northwestern University. Her primary focus is to document the history of Black students, faculty, staff, alumni, and organizations at Northwestern. She also supports outreach, curatorial services, education, and reference for the McCormick Library of Special Collections & University Archives. She holds a degree in American Studies from Scripps College, graduate degrees in History from California State University San Marcos, and Education from Claremont Graduate University.

Janet Dees is the Steven and Lisa Munster Tananbaum, Curator of Modern and Contemporary Art at The Block Museum of Art, Northwestern University and holds affiliations with the Department of Art History and the Center for Native American and Indigenous Research. Since coming to The Block in 2015, Dees has curated several exhibitions including Hank Willis Thomas: Unbranded (2018); Experiments in Form: Sam Gilliam, Alan Shields, and Frank Stella (2018); Carrie Mae Weems: Ritual and Revolution (2017); and If You Remember, I’ll Remember (2017). 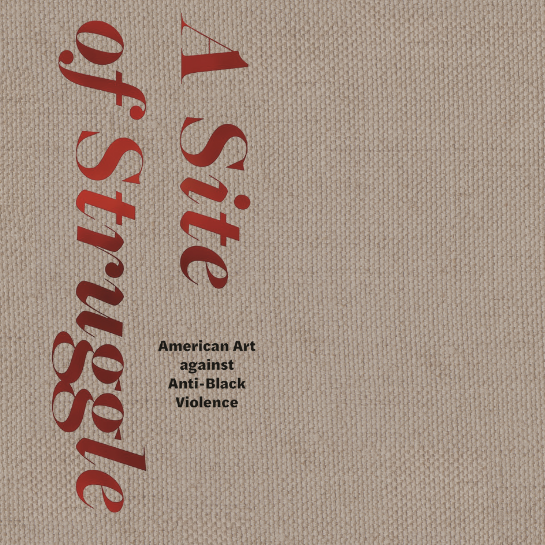 A Site of Struggle: American Art Against Anti-Black Violence