Join us for an in-depth conversation with three Chicago artists facilitated by Sarita Hernández of the National Museum of Mexican Art. The panel will discuss how their practices are rooted in issues of identity and community, and how ideas and approaches from Pop América remain relevant in our contemporary moment. The panel will be preceded by a 5:30 PM reception.

• Vicko Alvarez Vega is a comic artist, organizer, and educator whose work involves themes of growing up Latinx, queerness, and processing the fear of deportation.
• Nicole Marroquin is a teacher, educator, and artist whose work explores belonging and spatial justice. She has been researching student uprisings in Chicago Public Schools that occurred from 1967 to 1974.
• Diana Solís is a visual artist and art educator who has taught for over 30 years at organizations that include Urban Gateways, Jane Addams Hull-House Museum, Gallery 37, and ElevArte Community Studio.

Presented by The Block Museum in partnership with the National Museum of Mexican Art. Reception and marketing support courtesy of The Alumnae of Northwestern University. Presented in conjunction with One Book One Northwestern and Northwestern: 150 Years of Women.

Nicole Marroquin is an artist whose work explores belonging and spatial justice, and she researches student uprisings in Chicago Public Schools between 1967-74. In 2018 she participated in Magnum Foundation’s Counter Histories workshop, and in 2017 she was in residence at the Chicago Cultural Center where she worked with youth to create Future Community, exhibited at the Jane Addams Hull House Museum in 2019. This year she presented projects at the Kochi Biennale, New School, Newberry Library, DePaul Museum of Art, Columbia College, Jane Addams Hull House Museum and University of Pittsburgh. Her essays are included in the Chicago Social Practice History Series, Organize Your Own: The Politics and Poetics of Self-Determination Movements, Revista Contratiempo and in AREA Chicago Magazine, and she was featured in the 1ro Bienial Continental de Arte Indigenas Contemporaria at the Museo Nacional De Culturas Populares in Mexico City.

Diana Solis is a painter and illustrator. Born in Monterrey, Nuevo Leon, Mexico, she grew up in Pilsen, Chicago. She received her BFA from the University of Illinois at Chicago, College of Architecture, Design and Arts in 1997. She works with a range of media that include· painting, drawing, illustration, photography, sculptural installations and repurposed objects. Her work has been exhibited in Chicago and internationally. In addition to her studio practice, Solis works as an artist-in-residence in Chicago Public Schools and in community-based art programs in conjunction with Changing Worlds Organization and Urban Gateways. 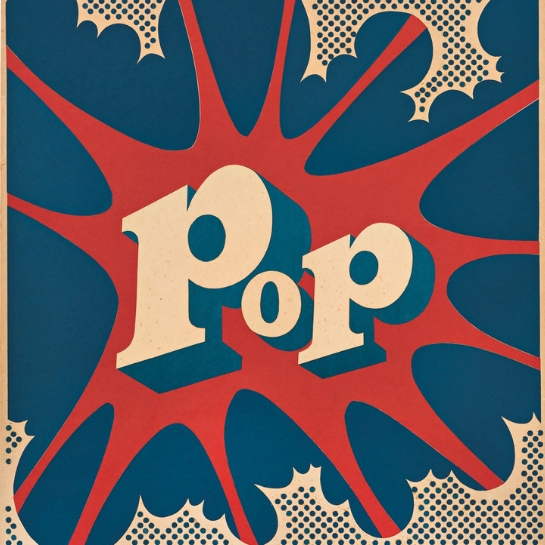 Pop América is the first exhibition to unify Latin American expressions of Pop and explore how its bold and colorful imagery, references to mass culture, and representations of everyday objects, signs, and symbols were embraced by artists working across the hemisphere.